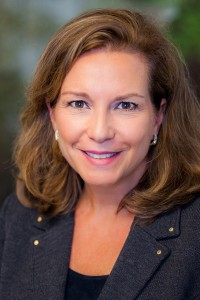 Mary Beth Long is the first-ever Senate confirmed female Assistant Secretary of Defense and worked directly with Secretaries of Defense Rumsfeld and Gates on the Department’s highest priority issues.   She represented the Secretary of Defense with his foreign counterparts, and at the National Security Council and the White House.

In the last year, Mary Beth has served as a Senior Advisor to NATO on irregular warfare and hybrid threats and provided the Department of Defense with support on the Middle East, Afghanistan, and Threat Financing.  She has been called upon by the Marine Corps, Joint Forces Command, the Office of the Secretary of Defense and others.  Mary Beth currently provides advice or support to several Fortune 50 companies and has guided one company to expand its international business from less than $10M to over $100M in one year.  She travels regularly to the Middle East, Europe and Afghanistan.

While at the Department of Defense, Mary Beth was a four-star equivalent and worked closely with State, Treasury, CIA, DNI and NSA.  Mary Beth held various positions during which she was the Department’s primary policy advisor responsible for the Middle East, Africa, Europe, Latin America (including the Tri-Border Area), Asia and Southeast Asia (including China and India), as well as for Coalition Affairs and Strategic Communications. She was appointed the Deputy Assistant Secretary of Defense for Counter-narcotics in 2004 and oversaw the Department’s counter narco-terrorism efforts with direct responsibility for funds in excess of $1 billion.   She was the architect for the Defense Department’s initial training of Afghan police.

She received the Department’s highest civilian honors from both Secretary Gates and Chairman of the Joint Chiefs Admiral Mullen.  Mary Beth adds to her Defense credentials over a decade of CIA hands-on operational work against terrorists, weapons of mass destruction and other priority national security issues.  She successfully completed the Clandestine Operations in Dangerous Areas course (CODA) and paramilitary training.   She is the recipient of numerous CIA awards.

Mary Beth has a J.D. and is a licensed lawyer with experience at one of the nation’s most prestigious law firms in the areas of due diligence, attorney malpractice and securities law, as well as other civil litigation matters.

Mary Beth has appeared on Fox News, BBC and NPR on Middle East matters.  She is a life member of the Council on Foreign Relations and International Institute for Strategic Studies.  She has extensive Public Affairs and Congressional testimony and reporting experience.